We got off to a 0320 start to take maximum advantage of falling tide. After about five hours we reached Vardø. 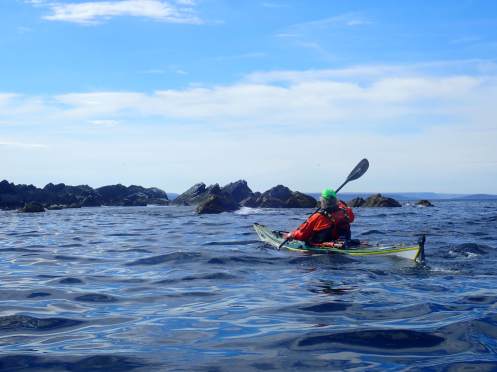 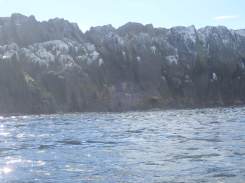 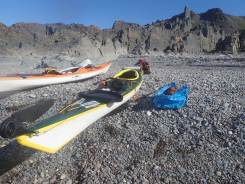 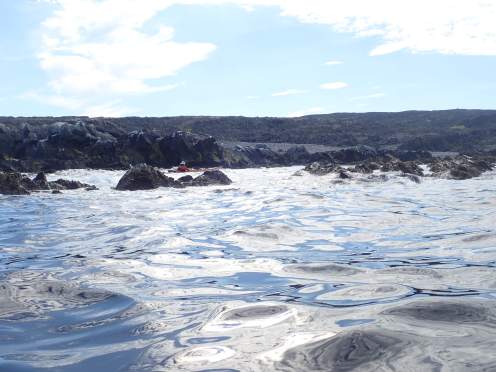 That was convenient as we wanted to see a pharmacy. Stein has experienced dizziness on some of our crossings. Latest theory is that it has to do with long wavelength ocean swell. So the thing to try is medication for seasickness.

For this you need a prescription. Stein first tried to call “fastlegen”, but it was holiday. He then called Øyvind our “Expedition doctor”, it turned out he was busy rescuing a person from Hardangerjøkulen. Then we called our reserve Knut and he helped us.

So now we hope that it works, first indications are positive.

Vardø is an old fortification town and is Norway’s eastern most point.

It also used to have Norway ‘s northernmost tree, growing in a shielded spot on the fort. Our editor Karianne wanted a picture.

Unfortunately the tree had died. A new one had been planted, but it looked very dead also. 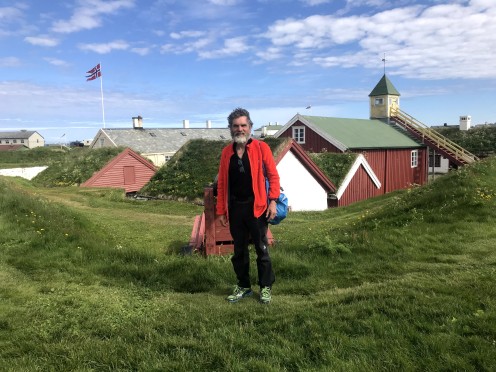 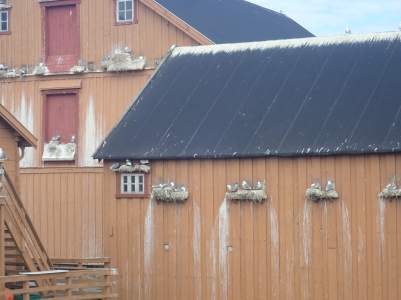 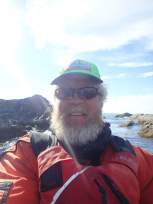 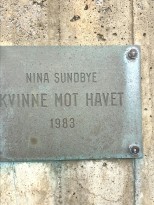 One thing about sleeping short during the day, is that one gets tired and quality of ideas and precision in execution suffers.

As we came back we realized that we had left sports tape and toothpaste at the Pharmacy.

Stein is a man of action, so he went back up the road and hitched a ride with Camilla. She took Stein to the pharmacy and waited for him and drove him back to the harbor close to the airport, where we had our boats.

Before lunch we had passed one potentially complicated place; Kibergodden, in max weather and calm seas.

One reason for taking a long break in Vardø was to wait for a tide/weather window across Blodskytodden.

We left at 1400 and got to Blodskytodden about 1530, at maximum tide and almost no wind nor current.

We stopped shortly after, not wanting to risk a crossing in forecast of 8 m/s northerly winds. 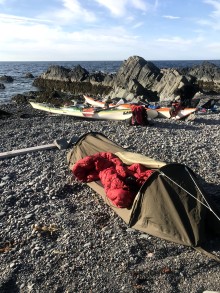 Tonight the conditions will be favorable again, and tomorrow we hope to get past another infamous point: Makkaur lighthouse, about 48 km from where we camp.