Today was the day for crossing Varangerfjord. A crossing that demands careful planning, since one has to spend hours in open sea in an area with potentially rapid weather changes and also some current.

Our plan was an early start to make some use of the calm of the night. So at 0520 we set off, due north with the sun in our faces.

Three and a half mercifully uneventful hours later we passed Ekkerøya, and after four hours and 27 km we landed in a small village. 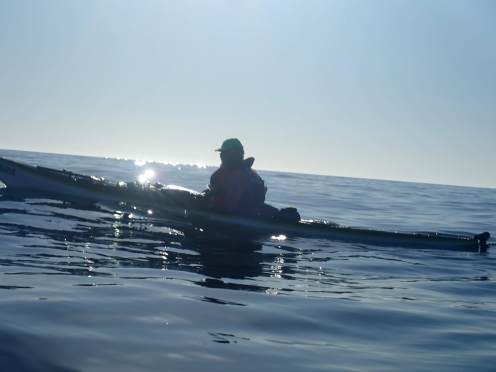 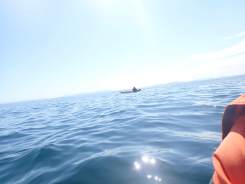 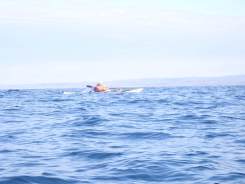 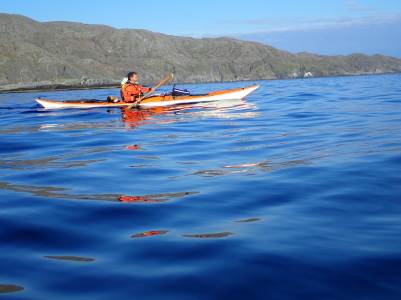 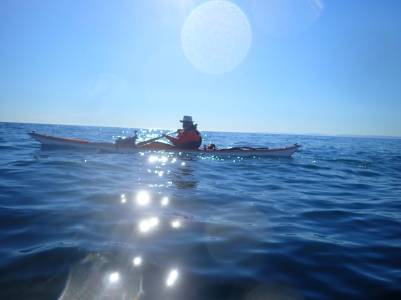 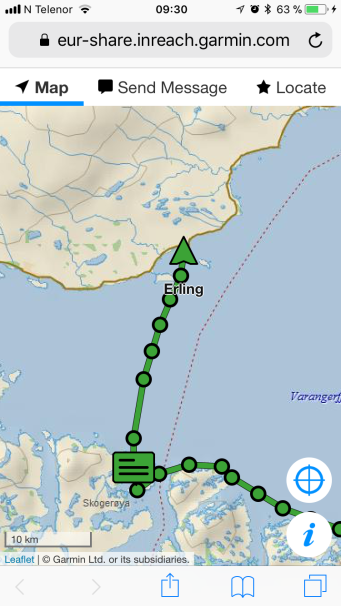 We took a two hour break as the tide driven currents were unfavorable. We got some food and sleep, and then set off on the last leg of the day. Now we just paddled until the sun driven winds got to about 7 m/s and then went ashore. 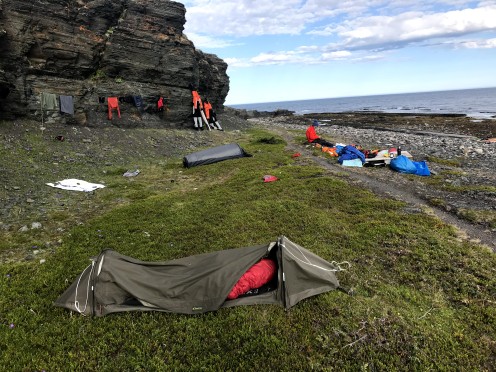 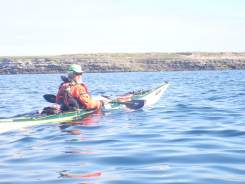 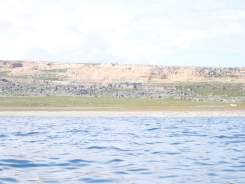 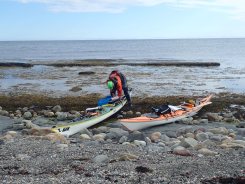 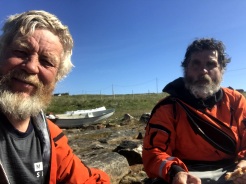 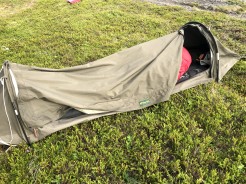 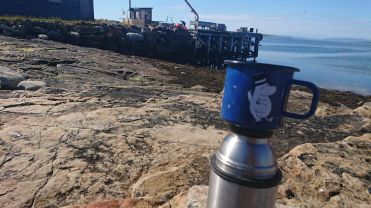 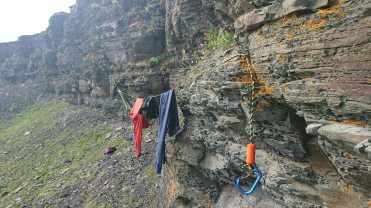 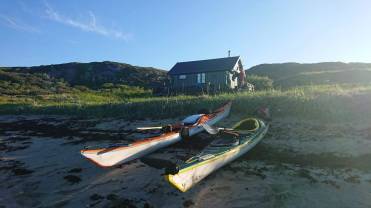 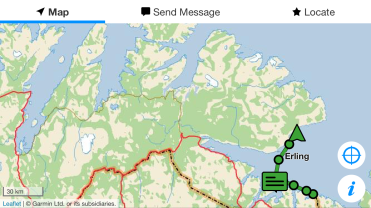 Tomorrow’s “piece de resistance” is Blodskytodden, so named we are told, because blood came under peoples fingernails when they tried to cross in unfavorable weather!

Tomorrow weather is favorable in the morning, but not in the afternoon.

We aim for an early start, but still it is touch and go if we make it.

Now the chronicler needs to get some sleep. We will elaborate a little more on our Finnmark adventure when we run into weather waiting, which we sure will.

Nature is breathtaking and paddling is interesting both planning and execution. 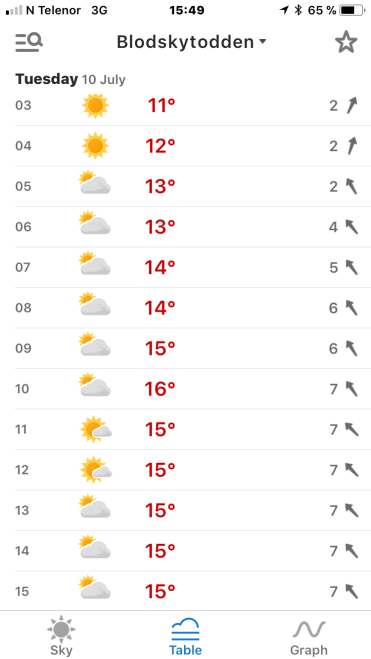 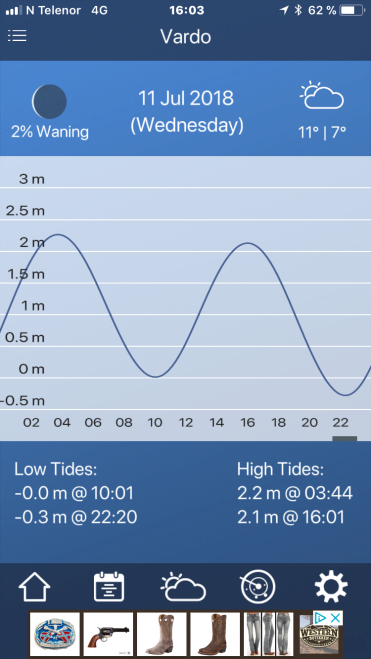