One last breakfast in Jarfjord, then Ulf, Margerethe, Elise, her friend Emilie and Margerethe’s mother accompanied us to Grense Jakobselv.

It took an hour to stuff and pack the boats and shortly before 12 o’clock we were off paddling in the Barents Sea. 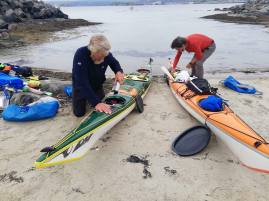 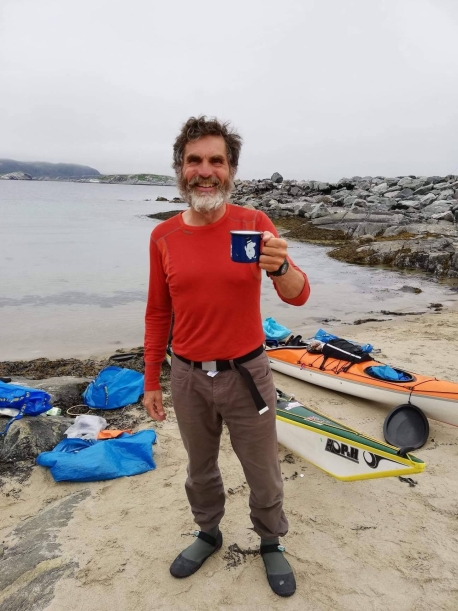 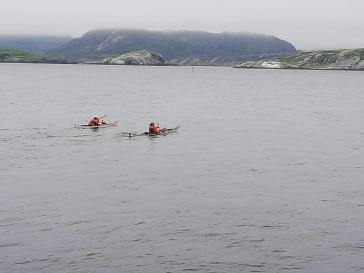 The wind was negligible, and from behind anyways. There were half a meter long wavelength ocean swell.

Encouraging. It encouraged us to paddle a little faster than plan A and a little direct route. The conditions allowed to cross both Jarfjorden and Holmen Grå fjorden before we took our first break. We landed the kayaks on a boulder beach. 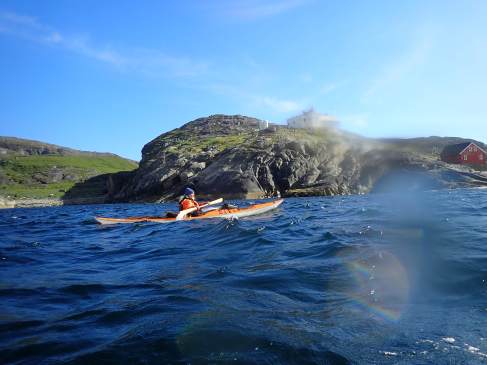 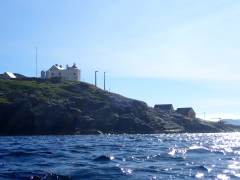 As we ate lunch the wind picked up and any ideas about continuing straight across Varangerfjord was scrapped. The ocean fog was also thickening.

We decided to head for Kjelmsøy. As we approached Bøkfjord lighthouse the wind had definitely picked up and the waves were getting white crests. But still not the 7 m/s yr.no was forecasting.

Those 7 m/s arrived as we crossed Bøkfjord, the interplay between wind, swell and current was such that we decided to take a detour south of Kjelmsøy to get into calmer waters. 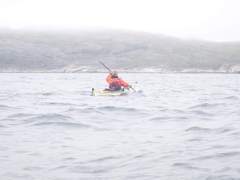 This made the paddling a little longer and the thick ocean fog made the search for a campsite difficult. We found and landed in a small sandy cove about 1830.

Nowadays there are a few cabins here, but during the war it was one of the main German fortifications protecting the harbor of Kirkenes and there are remnants everywhere.

Tomorrow the weather forecast is optimum for crossing Varangerfjord. We will try for a reasonably early start and hope to have the 22 km behind us by lunch.