Day 113. 22nd of June. No paddling. Waiting for weather at Gostevoy Dom Starchina.

According to the weather forecast we won’t get across to Silovetskij until Monday, and we have ample time, so today and tomorrow we’ll wait out a gale force weather system here in Belomorsk.

We started the day in Russian fashion with pancakes which we made in the communal kitchen of the camp.

We used our own frying pan, since there was none in the kitchen.

It turned out that the lack of frying pans was by design. No frying, only cooking allowed.

By the time we understood this, the pancakes were done…

As we were lingering in the dining room after breakfast, drinking coffee and watching the rain, we caught the interest of two other guests; Vitaly and Marks, both from Petrozavodsk.

We explained our project and they invited us to share a meal. It was cucumber and tomato salad, potatoes cooked for 12 minutes in a plastic bag in the micro oven, and a small bottle of “Golden Chicken” vodka.

They explained that they had seen us drink a beer and eat some potato chips last night, and they were concerned about our unhealthy lifestyle. Tomatoes, cucumber and potatoes cooked with the peel on, is much more healthy.

And the vodka? Russian tradition. 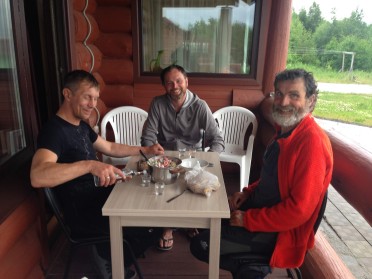 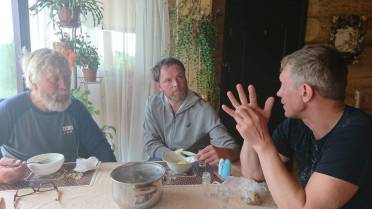 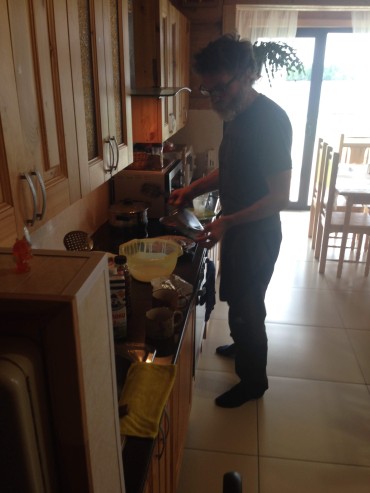 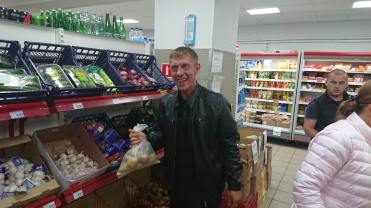 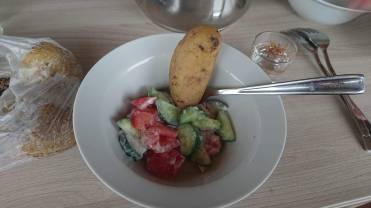 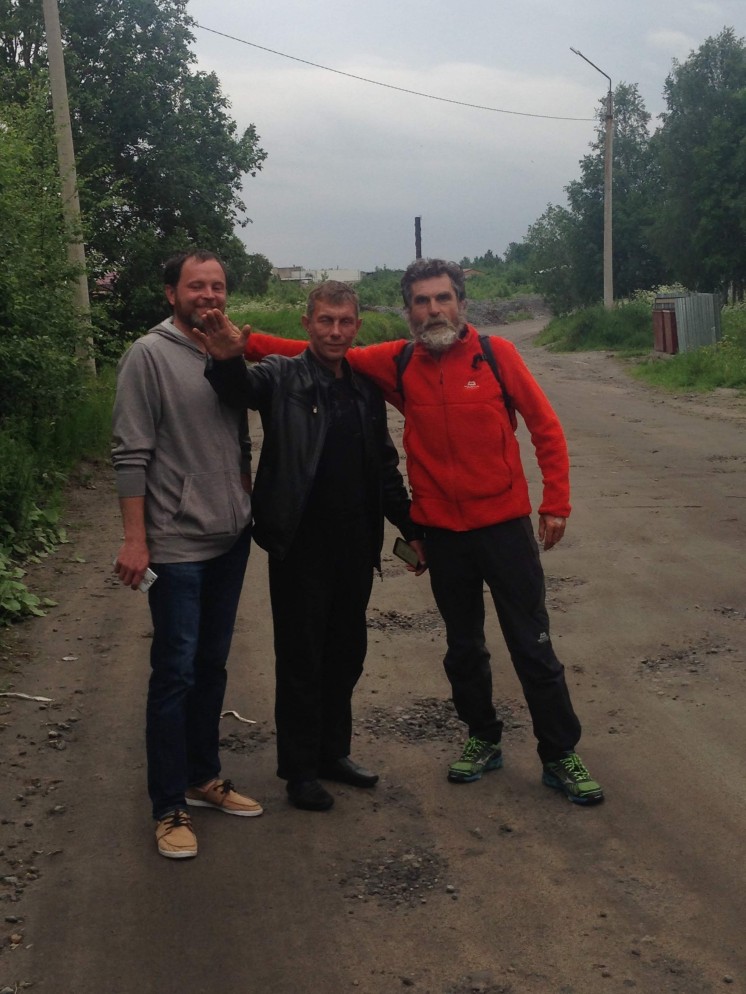