Last night we went to the Pub in Berlevåg for a pizza, and met up with a couple of old acquaintances of Sture. Sture enjoyed a game of verbal fencing with his old mates, amicable, but in a language not suited for the faint hearted.

In stead of going back to the cabin we joined Sture’s brother John and his partner Linda and her son Magnus in the Troli house in Berlevåg. We visitors on the first floor and while Sture and John’s 94 years old mother, Torbjørg, resides on the second floor.

After breakfast we went to the new school in Berlevåg to watch the first ever Chinese fashion show in Norway. Part of the Chinese film days that happens in conjunction with the Berlevåg days. 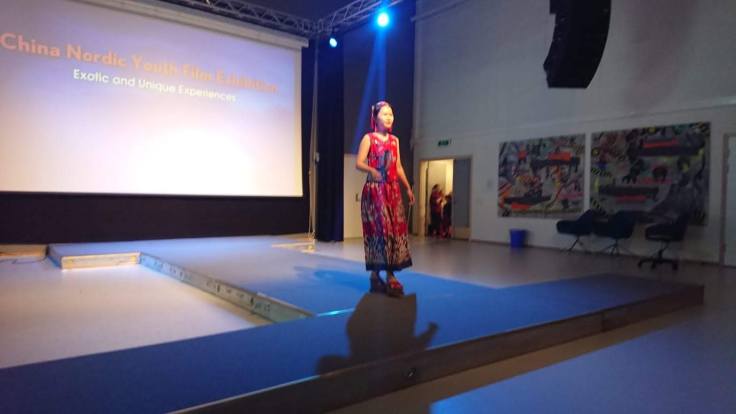 Apparently a wealthy Chinese tourist fell in love with Berlevåg some years back and an evolving Chinese connection has developed.

Berlevåg is a community of about 1000 people, growing to about 2000 during next week’s Berlevåg days.

It’s a thriving community competing with Ålesund for the top place in amount of fish landed each year.

Where there is fish there are seagulls. In Berlevåg’s case there must be about 20 per person. It’s a pest, occupying every near horizontal ledge on most houses in the harbor. Hitchcock’s “The Birds” come to mind.

But Berlevåg is trying to diversify away from fisheries and into energy: Wind power to hydrogen. There is no shortage of wind, but the energy is stranded since no adequate power lines exist for export. So a pilot plant for production and export of Hydrogen will be built.

On the energy theme Erling was a bit amused to find what must be one of the last remaining “good old” Statoil signs on the main street.

One era was and another may just be about to start.

On the way back to the cabin after a Chinese buffet! and a French world cup victory, Erling listened to Sture and his brother Bjørn talking about their experiences growing up and working on fishing boats in the Barents sea outside Berlevåg.

It was stories about riches and tragedy in equal measure, and Erling’s respect for the crossings ahead is growing.

On the other hand every day has its calm part, particularly at night. We also went west to scout some good spots from which to start the crossing to Nordkyn peninsula. 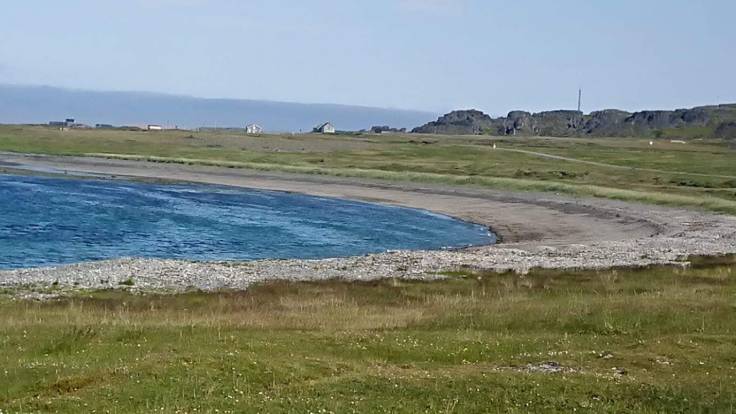 Stein will be back Friday, and Saturday looks like a perfect day for a safe crossing. Weather Permitting. 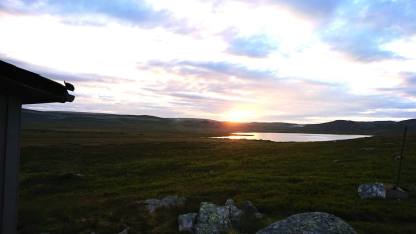