After two nights with short sleep, we slept in today. We were in the middle of our breakfast when a boat approached the bay below the cabins.

It was Trond, the owner of one cabin under extension and renovation, and Inge and Inge’s dog Elling.

Trond’s family has roots here, and we learned about Makkaur that up to three hundred people had lived in this fishing community. Quite unbelievable when we see it today. All the houses were dismantled and moved to other places.

Also unbelievable in an age where time is scarce and money relatively plentiful. (Many of the people we met in rural Russia would probably not have to strain their imagination as much as us).

The first half of today was a beautiful summers day, but the wind was blowing and the waves were a meter and a half and white crested, so no temptation to change plans. And for the second part of the day the wind turned, picked up and brought rain that even yr.no didn’t predict.

We just managed to get the tent up and create a dry space for our things.

In the summer weather we went on different sight seeings. Stein went to inspect the old German fortifications, Erling went to look at Makkaur lighthouse.

The lighthouse is unmanned, except for a small herd of Reindeer. But it is still operative and kept in order. In bygone days two lighthouse keeper families lived here. 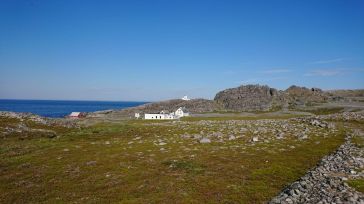 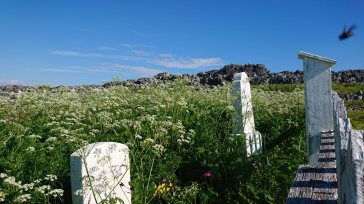 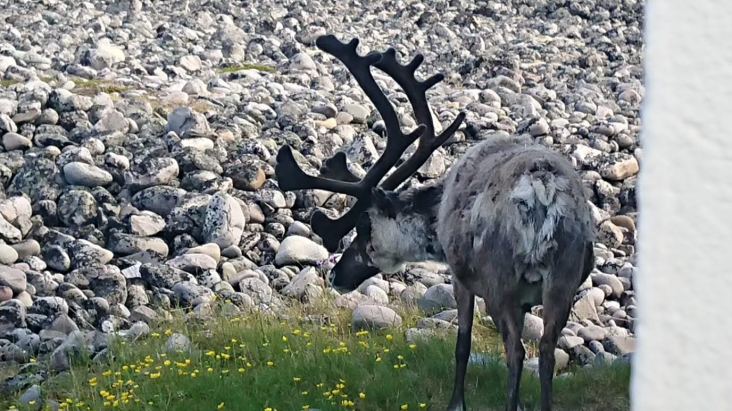 Erling came there just as the wind turned and he could have lit a match at the lighthouse. It lasted less than five minutes and fifteen minutes later the wind was approaching gale force.

Time to hurry back and secure our stuff. Stein was similarly blown back from the fortifications. 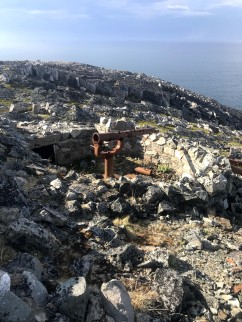 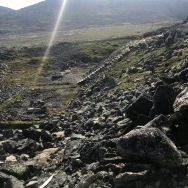 We waited the rain out in the tent.

When we stuck our heads out, Trond shouted from the cabin that coffee was ready. Music in our ears.

Meantime he had been back to Båtsfjord with Inge and Elling, and his wife Marjot had come with him back here.

Over coffee we got the history of how the two of them had built up the firm StyroNor, producing the white boxes in which fish is transported and exported.

We even got dinner on the house, fish cakes, made fresh this morning in Båtsfjord. Luxury! 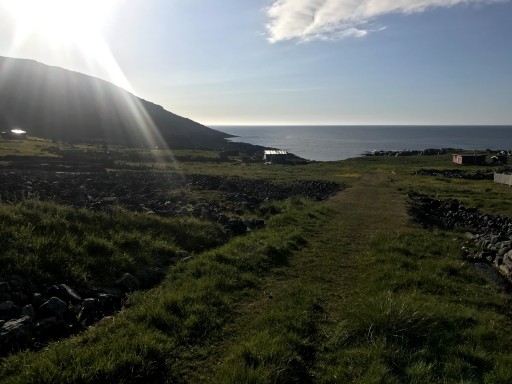 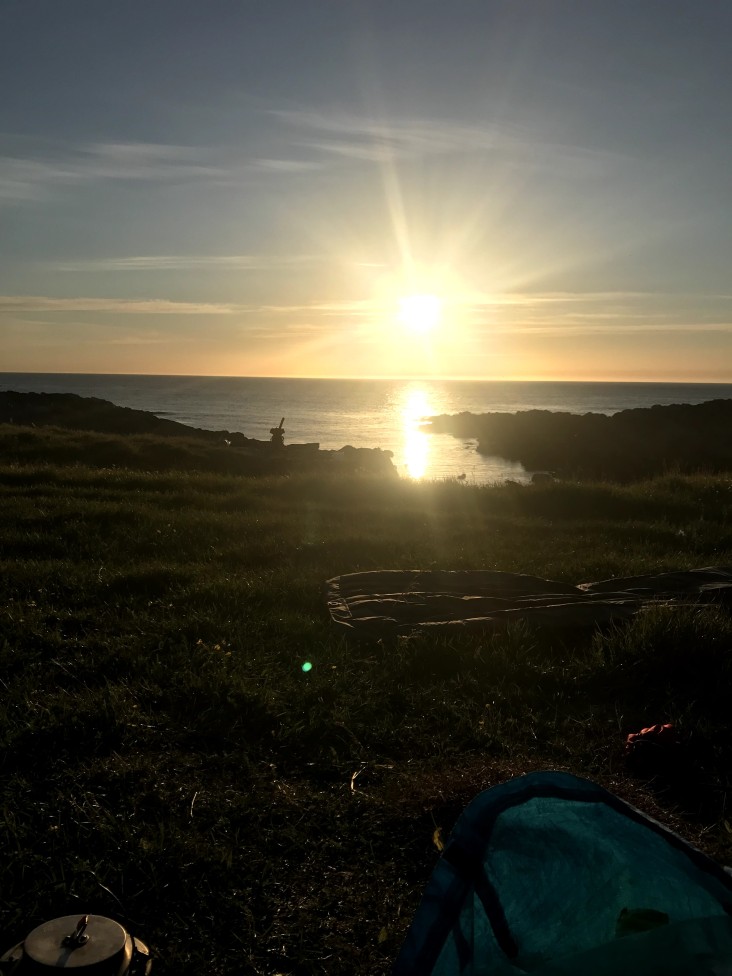 In the end day 133 became both varied and interesting.

Tomorrow we head at least for Kongsfjord. 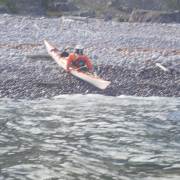 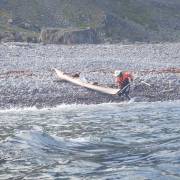 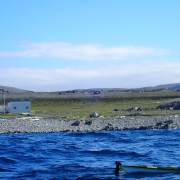 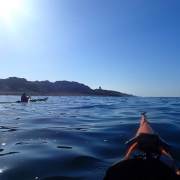 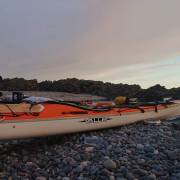