If yesterday (104) was a fight against the wind, today was perfect. 2 m/s tailwind and flat water. It allowed us to make a shortcut out of the first leg and we paddled straight across to the Eastern shore of Onega in one three hour leg with 7.8 km/hr average speed. More such weather is welcome.

One more three hour leg and we were in Povenets, the inlet for the Belomor Canal. 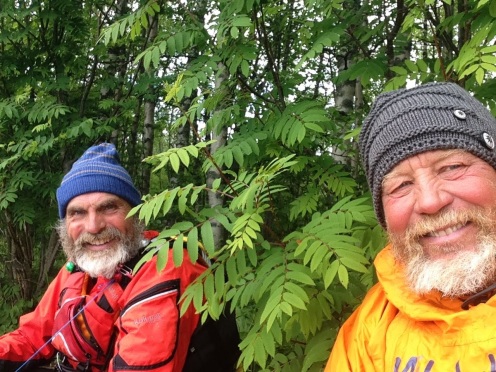 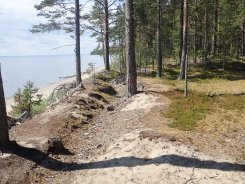 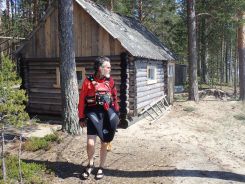 We struggled a little to find the hotel, it was in the forest on a nearby peninsula.

But with the help of Igor, the guard it was resolved and we found the right beach.

It’s built on the premises of a Soviet summer camp for children. It has a few large buildings with rooms and facilities for camping cars and caravans. A large German group in camping vans were here and we were welcome to put the boats close to some of them.

We hadn’t more than got ourselves and our stuff into our room before Konstantin called.

Konstantin is the deputy director of the Belomor Canal. He is a captain by profession, and has sailed the seven seas for many years, some of them for Wilson, a Norwegian company based in Bergen. He is from Medvezhegorsk, and his family has always lived here.

And he had been exactly here before, at summer camp as a member of the pioneers. They had jokingly called it children’s prison (this was long before it was known what ghastly use the nearby forest had been put to). Now Konstantin reflected that they had been brought up to be citizens. Forget the politics, but don’t discard citizenship like cleaning of streets, helping the elderly etc. Konstantin is of the opinion that lack of such citizenship makes Russians their own worst enemy.

Konstantin invited us for a tour of the surrounding area, first Povenets were we saw the locks and met with Konstantin’s deputy. It was clear that kayaks were not allowed in the locks, but if we hung on to a larger vessel we would be allowed to pass. We hope to use this clarification of the rules as we try to get through the 19 locks in the 227 km long Canal. 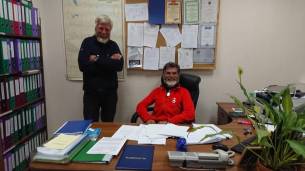 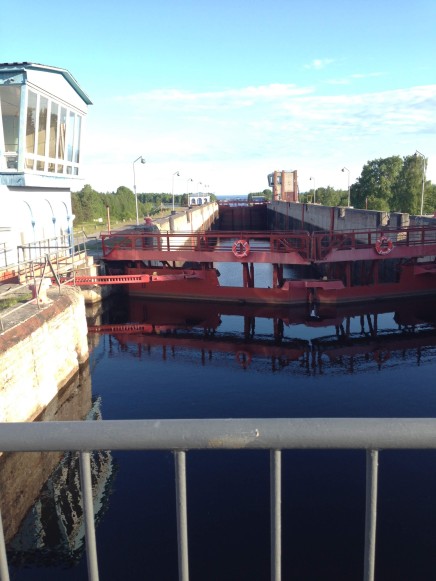 Next we had a short dinner at our hotel, before Konstantin took us to see Medvezhegorsk and its surroundings.

First Konstantin showed us around Medvezhegorsk, his main message was how a once busy and proud town had been “gutted” for activity as a result of the rapid changes during “perestrojka”. Closed factories, closed shipyards, a prison hospital being one of the remaining cornerstone “enterprises”.

The shipyard was a good example and Konstantin had worked there. It was once the yard of a big shipping company with 600 ships sailing on the canals in the summer and in the Mediterranean in the winter. It was like a village, shop, large canteen, accommodation for workers just outside etc. Now only a fraction of the yard is open, doing repair work. And so for the papermill. And so for the yard in the neighboring village.

Perestrojka was one driving force behind this, and definitely controlled the timing of the demise. But it is also true that yards and factories like that are hard to come by anywhere these days. And Stein sees some  clear parallels to the Norwegian city of Horten and its fate after the yard was closed.

Second we visited Konstantin’s house, a new build under construction. Nice and modern lay out and facilities. Really signaling middle class prosperity, and with a solid fence for protection.

Third, after a cup of tea at Konstantin’s place we went on a new sight seeing. The last stop was at a memorial for more than 8000 political prisoners executed at a place in the forest outside Medvezhegorsk between 1934 and 1941.

It is one of many such locations in Russia. Chosen because it was distal and the sandy soil was easy to dig in.

Walking through the memorial on top of where the mass graves had been after midnight in a white night will not be easily forgotten.

Different nationalities and religions were represented. Some memorials were large and elaborate, but the most moving was perhaps the single photos of victims on the trunks of the pines.

We plan to return with the German group tomorrow, and also join them for a visit to the Medvezhegorsk museum. 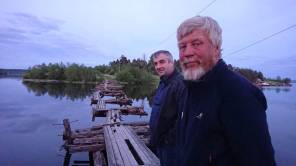 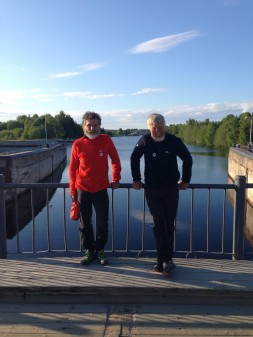 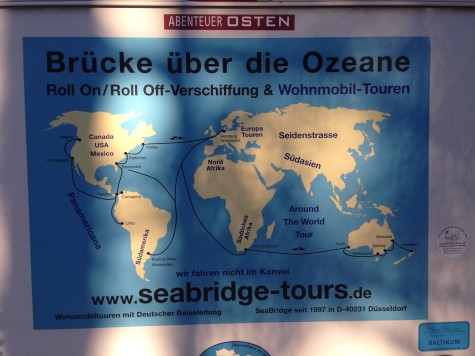 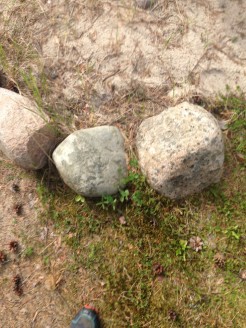 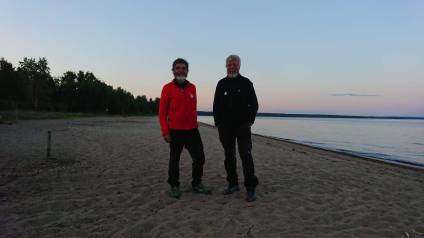