Just a few glimpses that might interest some of you from a couple of summer days in St Petersburg. First, it is fair to say that Russia isn’t necessarily regarded as a champion of diversity. That said, the Russophone world is in itself very diverse thanks to the wide reach of the Russian empire(s).

One example we found just a couple of blocks behind the hotel. We entered an unassuming portal and all of a sudden we went from a St Petersburg avenue to something that resembled a mid Eastern souk more than anything. A diverse set of goods with probably equally diverse provenances. Manchester and Kiev brand cigarettes beside possible Marlboros for instance. Erling saw an opportunity in this; surely somewhere in this labyrinth, there must be the elastic luggage straps that he need to strap the dry suit onto the kayak as deck cargo?

But how to find them? Looking into various shops gave little result, so he had to do the unmanly thing: Ask. First in a suitcase/luggage shop. They did not have such things. But one of the people tending to (owning? ) the shop immediately led us out and in zig zag for quite a bit and a number of questions until he found a shop that sold wrapping plastic. So much for Erling’s ability to communicate. Try again and get some help from the ladies in the plastic shop. A new zig zag and hey presto! Exactly what we were looking for. At a cost of 150 roubles. Many thanks to the guy who took almost 30 min off to help us find something he did not sell. 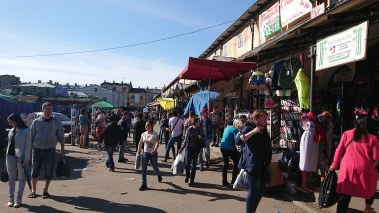 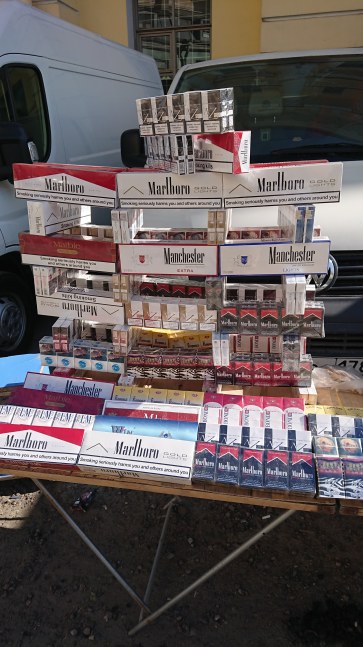 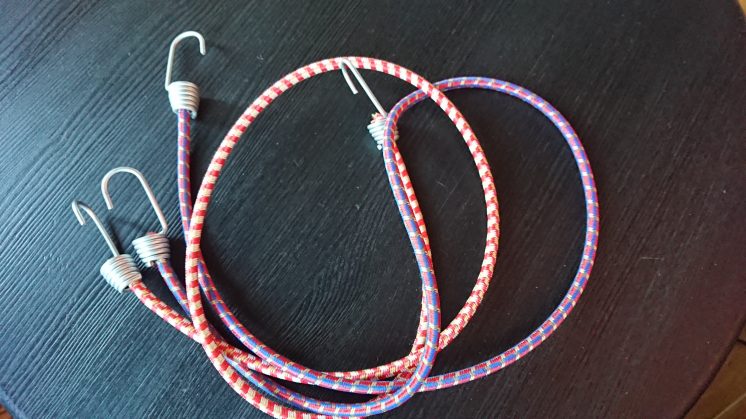 If we continue on the diversity track it leads to Adim who almost sold us a boat trip (the boat was full). The sales job was something he did besides his economy studies. Adim is from Senegal and has studied almost four years in St Petersburg. One year to learn Russian. A very difficult language according to Adin, who spoke four languages: Indigenous Senegalese, French, English and Russian. Then three years economy studies. He was adamant that he would go home to Senegal as soon as he had his degree. Erling has seen something of the same in Petrozavodsk: Russia is  major provider of education on the international scene.

We eventually found a boat trip with free space and English guide. It was interesting to navigate through the canals. We got to see the city and hear parts of its history from a new perspective. In addition, the maneuvering of the boat was impressive. It was a big boat and the bridges were low and the canals narrow. And literally queues of boats like ours, albe not as large. Our captain managed without incident, but many of the bridges bore marks indicating that not all captains had been equally adept. 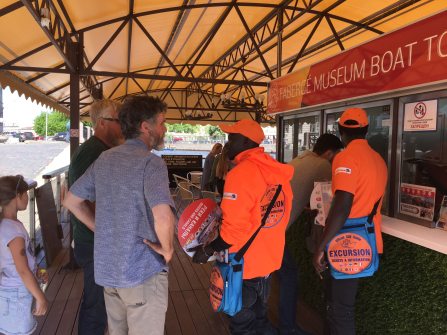 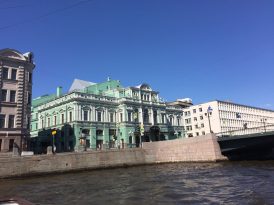 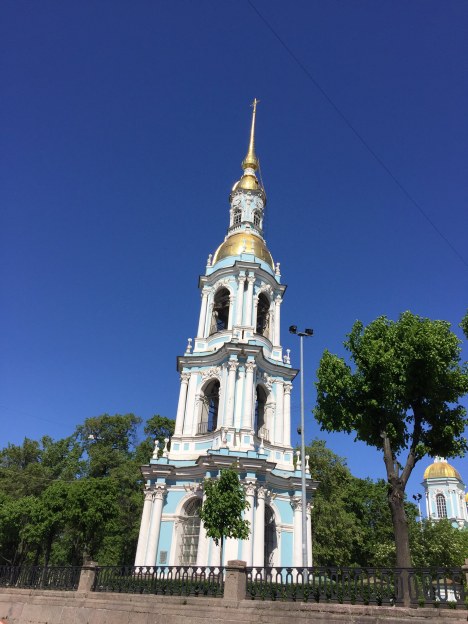 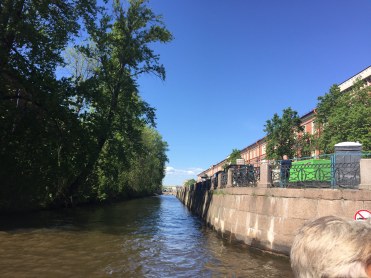 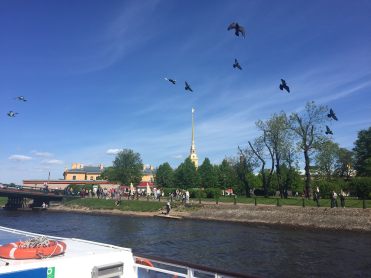 Both days we have sampled the various cuisines along Rubinstein street, on the recommendation of Katrine from the Consulate.

Quality food from most corners of the world based on our sampling. A must street to visit in St Petersburg. If one walks more than two blocks in from the main street (Nevsky Prospekt), it gets less noisy and more interesting.

For our last dinner in St Petersburg we stayed with Katrine’s list and chose Hamlet+Jack’s. A new restaurant specializing in innovative food based on Russian traditions and produce. A tasty and memorable meal, with excellent service from our waiter Maxim. If any of you get the chance, don’t let menu items like “baked potato ice cream” frighten you off, these guys know what they are doing. 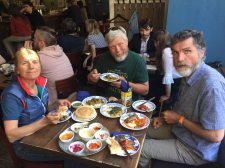 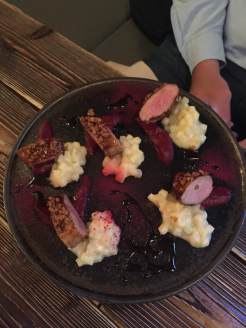 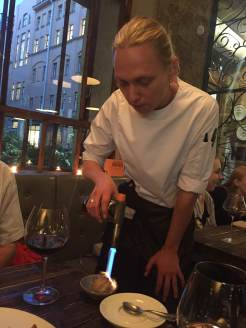 Anyway. Enough slacking. Tomorrow we paddle on, up the Neva. We have agonized so much that according to Stein’s hypothesis we will be positively surprised. Tomorrow’s stretch goal is to get out of St Petersburg before we need to rest for the night.