We did not find the right personnel entrance to Kunstkammer right away, and ended up being late for our appointment with professor Sergey Korsun and his team. When we finally got there we were very well received. A little extra paperwork was needed to get access to the paddles, and then we split. Erling and Margaret to measure paddles, while Stein and Karianne got a VIP tour of the Kunstkammer. 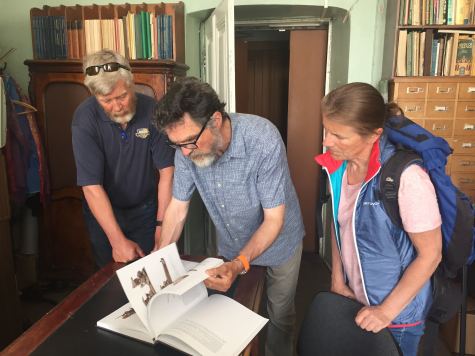 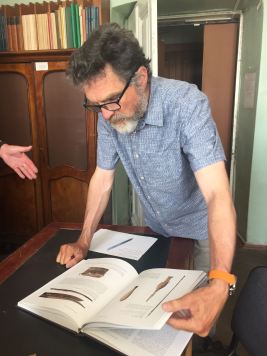 Kunstkammer is an important institution in Russia and has been so since Peter the first (the great) founded it as Russia’s first public museum. It was a key part of his drive to bring science and enlightenment to Russia. The building which the Kunstkammer occupies, dates back to the funding of St Petersburg and was the first office of the Russian Academy of Sciences.

As Kunstkammer grew it spawned numerous other museums like the Zoological Museum next door. Kunstkammer’s current collection is focused on ethnography and antroplogy. But it has some other interesting items; like a huge globus with room for 12 people inside. Kunstkammer is interesting both for its exhibits and for its role as a foundation of Russian science. 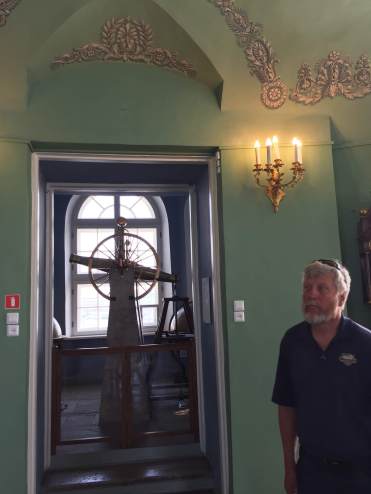 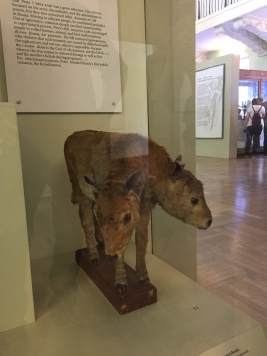 Meanwhile Margaret and Erling was crawling on the floor of a crammed office in the loft of a next door building. They tried as best they could to capture the dimensions of two Aleutian paddles on graph paper so that Anders Thygesen at kajakkspesialisten.no will be able to build replicas. This is part of Anders’ effort to understand and resurrect some of the Aleutian paddling tradition and technology.

The Aleutians were the best ocean paddlers of all time, but their tradition was broken mid 20ieth century. In particular, during the last part of the 19th century the Aleutian paddle technology had a last burst of invention, but for dire reasons.

At that point the Aleutians was forced to travel ever further to hunt sea otters for their pelts. Stein and Erling has so far paddled about 2000 km. An Aleut from that time would not have been particularly impressed.

So Margaret and Erling was handling the quite impressive products of master paddlers and master craftsmen. Possibly inventing because their life depended on it. It was food for thought and it will be interesting to test the paddles when we get back to Oslo.

Finally: This is not a travel guide, but if any of you end up in St. Petersburg, we suggest you try the Georgian food at the Rustaveli restaurant. Let a waiter select a set of cold and hot dishes to share. That’s what we did, and it was a meal to remember. 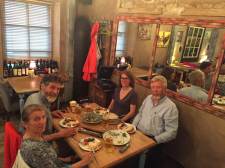 Tomorrow, Saturday we will start packing the kayaks again. We will try to to be effective on Monday, as we will probably struggle to even get out of St Petersburg proper in a day’s paddle.