We had 7 m/s headwind throughout the day, and about 0,7 m waves in open waters.
7 m/s may not sound like a lot less than 10, but it sure is. The pressure force from the wind increases with the square of the wind speed. So paddling against 10 m/s is about twice as hard as paddling against 7 m/s.

We were on the water shortly after 0900. Before we started we worried about a place called Örarevet, which reminded us about Hanö bukten, if only a tenth the size. We need not have worried. Öland shields these waters in NE winds and there was no heavy ocean swell that could have turned into the 1.5 meters breaking waves we experienced in Hanö bukten.

So no real paddling issues today, except the wind slowing us. We decided to make it a short day, and paddle slowly. 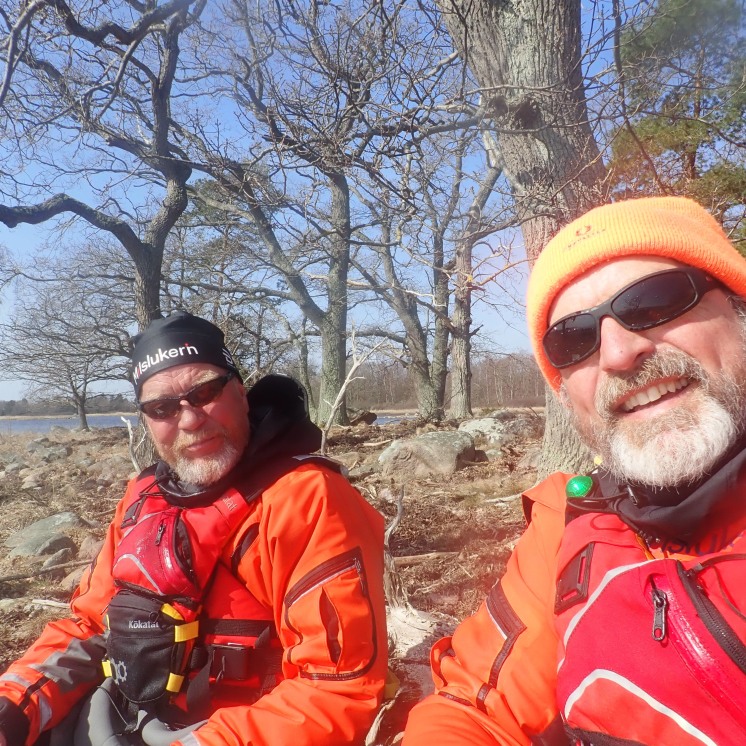 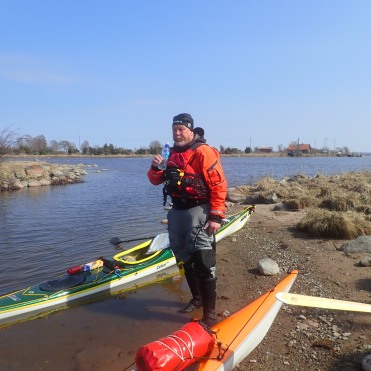 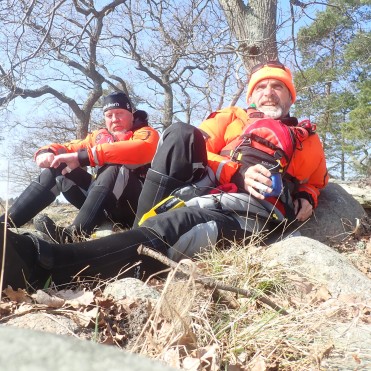 The day brought one spectacular surprise : as we were about to paddle between two small islets, there was competition for the passage : A band of seven grown wild boars and two small pigs came rushing along the shore to our left and threw themselves into the water and swam across exactly where we were about to paddle through. They were all Big beastly animals indeed. We gave them right of way. We may have stressed them, because they left the small pigs to look after themselves at the rear. We could have picked one up. That would likely have been an exceptionally bad move. Kayaks are not built to transport wild boar, however small.

The rest of the day was mostly about slogging along against  the wind. Erling discovered that his boat still takes in water. Current theory is that the spraydeck is too small, and doesn’t connect properly to the cockpit ring. 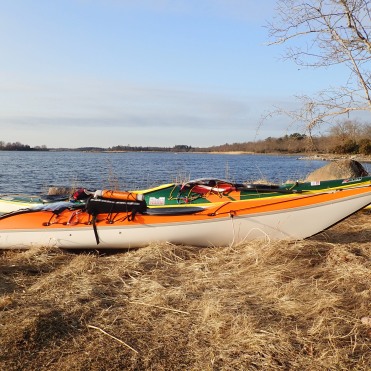 The day had one last and pleasant surprise, just as we were looking for a place to pitch the tent Stein discovered a shelter (vindskydd /gapahuk) apparently built by the municipality of Kalmar just onshore in an oak forest. So no tent tonight, which should facilitate a quick start tomorrow. 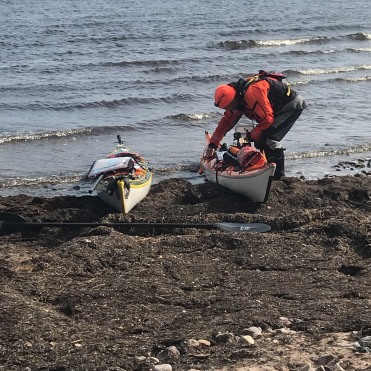