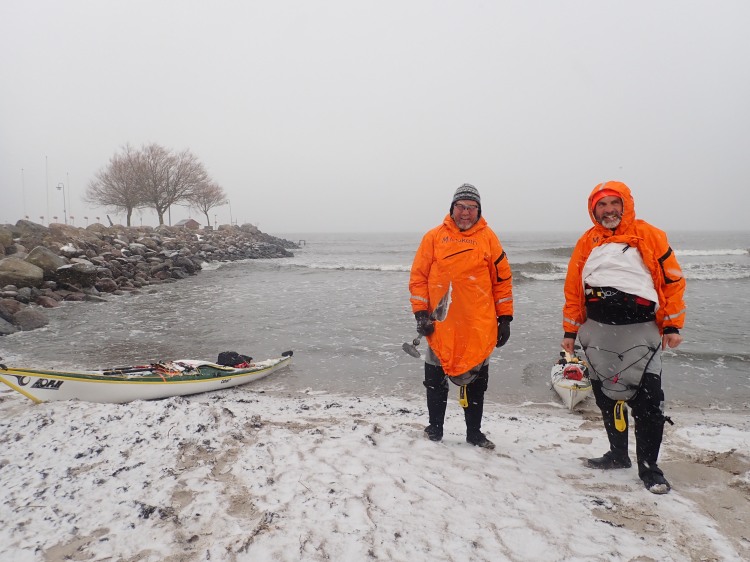 Visibility was poor, so for the first hour or so we paddled into the wind to keep close to shore. The sleet felt like grains of sand when it hit our faces. 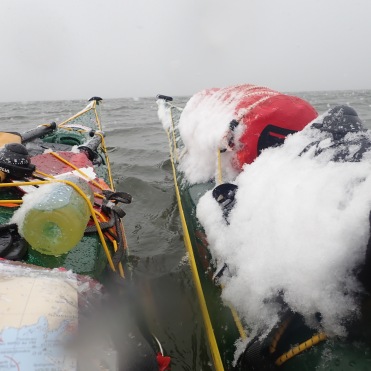 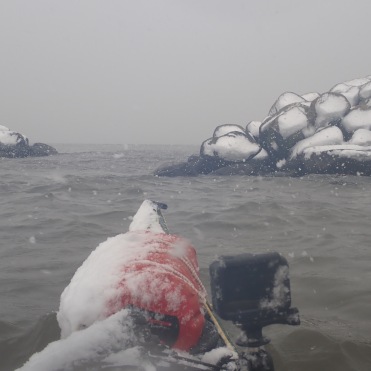 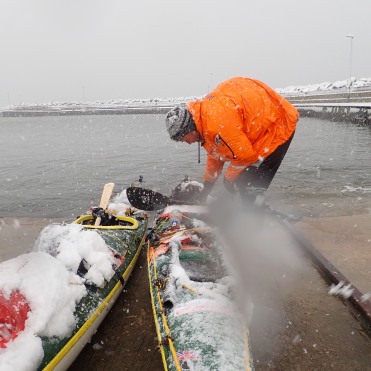 We wouldn’t have gone out today were it not for two factors. First, the wind was forecast to fall. Second, tomorrow (Monday, Day 32) conditions are forecast to be favorable for rounding “Sandhammeren”. Sandhammeren is the most weather beaten part of the Skåne coastline.

For a week it has blown gale force winds there. Tomorrow we should get about 7 m/s tailwind. That’s an opportunity we cannot let pass. So we paddled today in falling winds and thick snow. Couple of hundred meters visibility. Ystad came out of the snow as a surprise and disappeared back into the snow in 20 min or so. A long slog followed paddling into a white wall with never-ending white land to port. 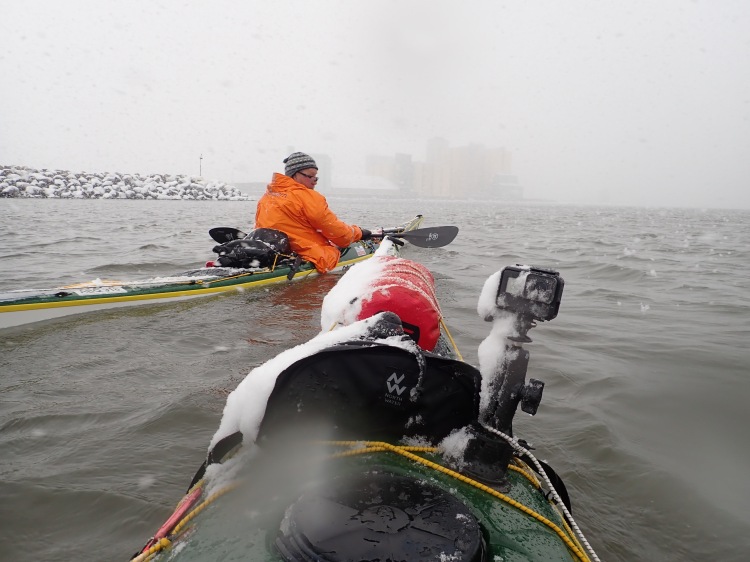 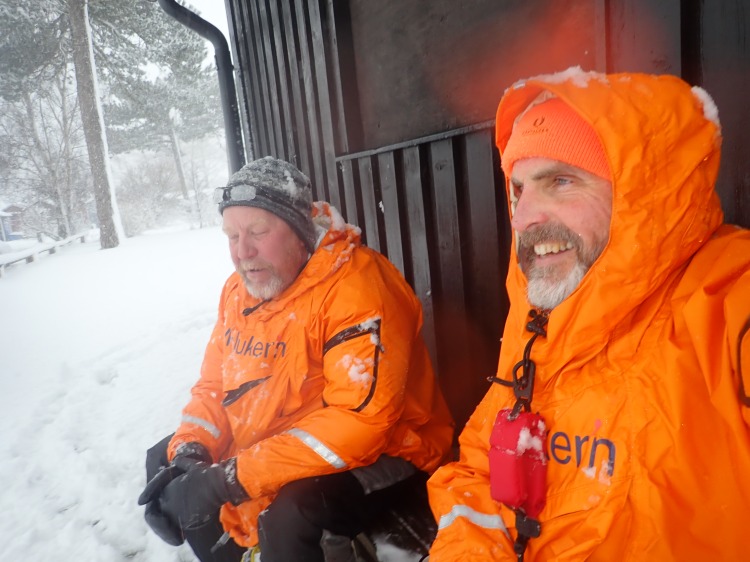 Finally we reached Kåseberga. All snowed down and looking desolate at first sight.

Wrong! It turned out to be perfect. As we went ashore to evaluate the overnighting opportunities, Stein spotted car advertising for a skydiving firm. Stein is keen sky diver himself and soon he and Pierre, the car’s owner, were comparing notes and triangulating common acquaintances. And then it got better. Pierre offered us his “sjøbod” to sleep in! 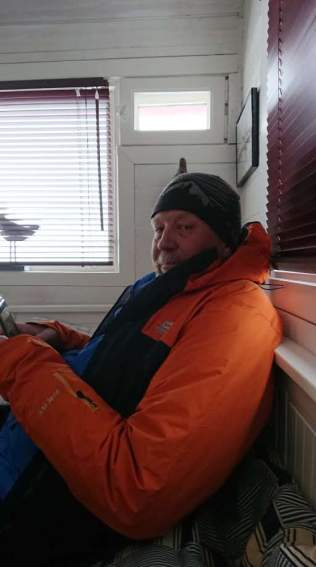 And then the “Cafe&Bistro” was open after all, and had good seafood at reasonable prices and great hospitality.

And then it got better! Pierre and his (Finnish) friend drove a movable sauna down to the harbor. So we ended up taking sauna and dipping into the cold Baltic sea several times. After having spent four weeks being very careful to avoid just that.

Anyway, a great end to a day with a rough start.