RSKE2018 Y2D9 28 July 2019: What a day In Nuvsvåg! Kids were, if not swimming, at least wading in the bay. Weather forecast in Bergsfjord was still on the high side regarding wind, so we didn’t jump in the boats.

After a leisurely breakfast Per and Erling decided to hike to the top of the 940 m high Kollaren, the moutain that makes the entry to Nuvsvåg so spectacular.

They struggled to find the start of the path, possibly because there isn’t much of a path, this isn’t a mountain that is very much visited.

But today was obviously the day not only to dip toes in the Arctic Ocean, but also to scale Kollaren. We met all of four people:-) First we met our host Stian and a friend from Sunnmøre. We knew they were up there, Stian inspired the trip in the first place.

The second encounter was more impressive: Two sporty ladies, mother and daughter, The eldest was 80! The terrain was so steep we had to take care not to release stones as we walked. We met them as they were about to cross a boulders scree. Very impressive. They also gave us good advice on the path up.

As we walked to the top we could see across Lopphavet. It was nothing like the forecast, it would have been a perfect day to cross. But it was also a perfect day to hike on Kollaren. And a good thing to have a rest day after eight days of paddling. No regrets.

We followed the ladies advice also on the return and it took us through slightly gentler terrain.

As we came down, we looked back and found Kollaren shrouded in clouds again. The weather window had closed. We made a quick detour to the graveyard. Graveyards often tell stories round here. Like the the memorial to those who did got get a grave because they were “lost at sea”, a not uncommon cause of death up here before the modern times and modern boats. 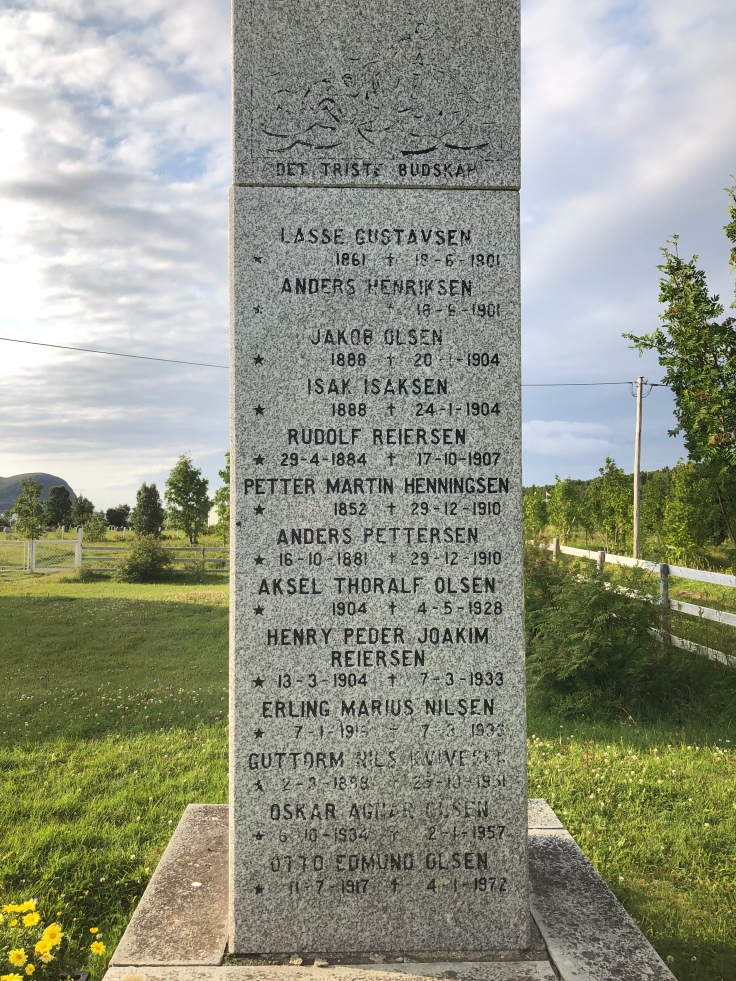 The first “entry” on the column is the brother of the grandfather of a colleague and friend of Erling who has spent his childhood summers up here across the fjord at Sommarnes. While Per and Erling were up at Kollaren, Stein had investigated Nuvsvåg itself. As is his habit and nature he had got to know quite a few people. And from new found friends from Rogaland he had been gifted cod for dinner. 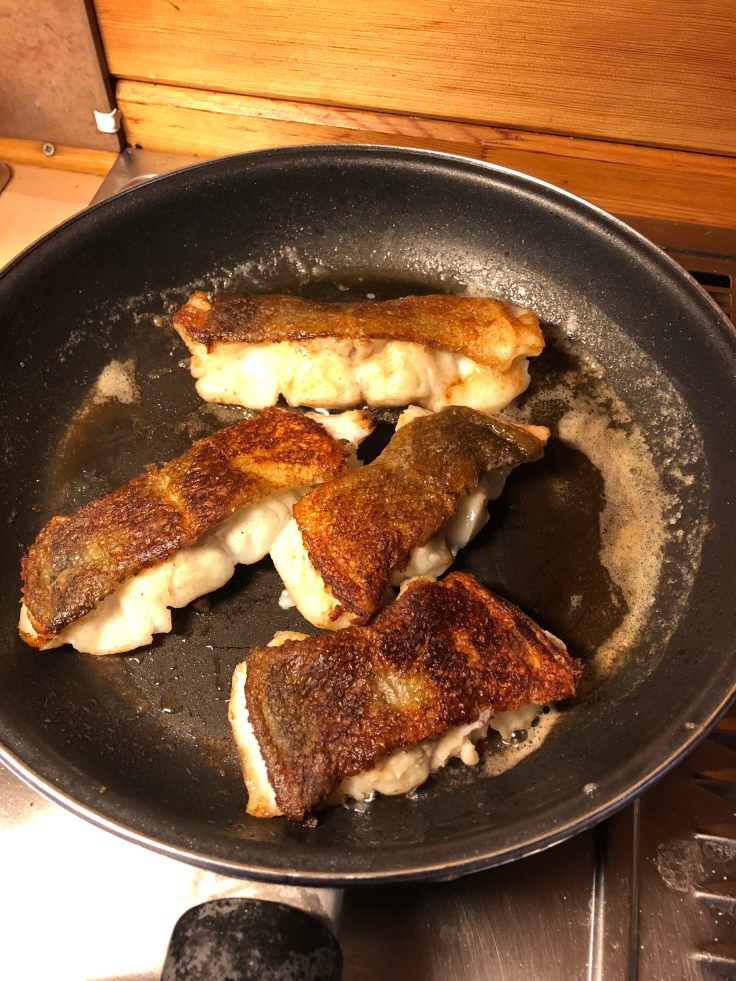 With Per’s competent handling it made for a perfect end to another spectacular day.