After breakfast Stein left for Oslo to visit his father in law and family.

Erling’s main task for the day was to put a keelstrip on his kayak. This is to protect the laminate behind a gel coat that is worn thin.

It’s a bit of a tricky job, but with the help of Youtube and the use of a large portion of Ulf and Margerethe’s 270 square meter garage with a collection of tools to match, we went at it. We being Erling, Karianne and Ulf. Erling and Karianne did their best and Ulf played sweeper and picked up the mishaps.

In the end a solid if not exactly pretty job, that will protect the boat from the wear and tear of sand and gravel. 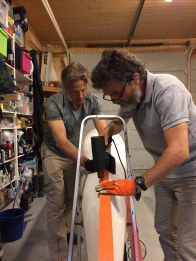 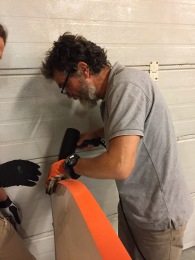 With time to spare Karianne and Erling went to the “Borderland museum” which is dedicated to the history and changing fortunes of this part of Norway.

A lot about the second world War, where Finnmark was the part of Norway which suffered the most. The German’s used scorched earth tactics as they retreated from the advancing Soviet army.

Next a trip to Grense Jacobselv to look at the conditions where we will start on the next stage. To our surprise the wind was weaker and the sea calmer there than in the innermost part of Jarfjord where Margerethe and Ulf live. An encouragement. 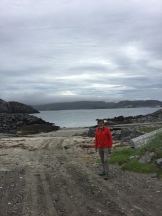 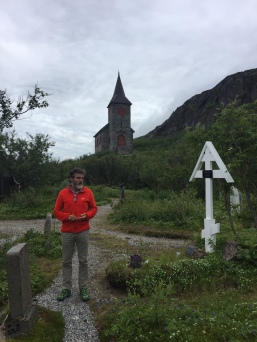 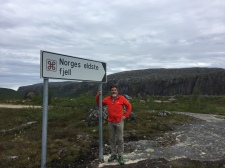 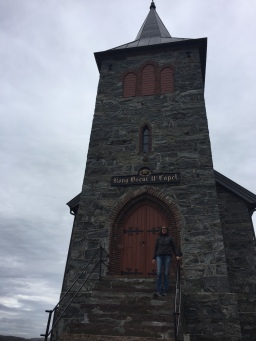 When we got back Ulf declared it was time to catch some Kamchatka crab.

These beasts are extremely numerous in this area, having spread from Russian waters where they were introduced in the White Sea during Soviet times.

The trap was full, but the size of the crabs were to small for Ulf’s liking. Still we found a couple that were acceptable in size. 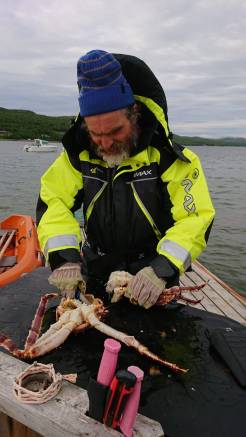 Soon after their legs were served after Margerethe’s recipe: oven baked with butter, salt, pepper, chives and a little cheese sprinkled on.

Their size may have been marginal by Jarfjord standards, but the taste was marvelous by any standard. Nothing beats well prepared ultra fresh seafood like this.

Not that the main course, beef shopped earlier in the day in Finland, wasn’t tasty. Russian beer was a good choice, and the Georgian white wine bought in Kandalaksha was interesting. A true and very memorable “borderland” meal. 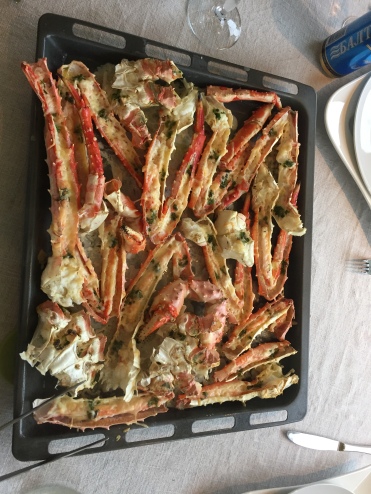 As for further paddling the weather forecast the next few days is marginal for a crossing of Varangerfjord, and Stein will spend some more time in Oslo. Meanwhile Erling will keep putting on fat in Jarfjord. 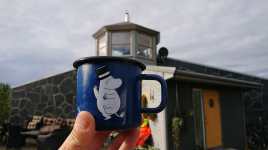 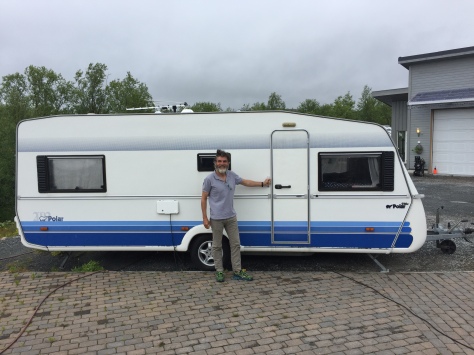 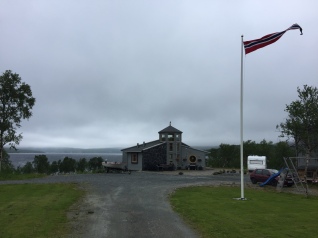