We left the Yacht club at 0920, and headed for the Oreshek fortress/prison island that lies in the middle of Neva just west of Shlissel’burg. It was a short but tough paddle, 6 m/s winds and strong current against us, and at times quite confused waters. We have never before paddled so slow on this trip.

According to legend, Oreshek was where Swedish Vikings first attempted to make a permanent settlement. The island has a very strategic position controlling the traffic on the river. It has been fought over many times over the centuries. The swedes controlled the island from 1611 to 1702, when Peter the Great retook it. It has been Russian/Soviet ever since, and withstood a 500 day siege by the Germans during WW2.

All of this and more we learnt from Andrey, a guide who volunteered to take us around the fortress including a (very steep) VIP tour up into the tower of the Fortress.

During peaceful times, the fortress served as a prison for the Tsar regime until the Russian revolution. Quite a few political prisoners were named with short biographies. An uncanny number of them survived prison, revolution and civil war, only to lose their lives during Stalin’s purges in the late 1930ies. 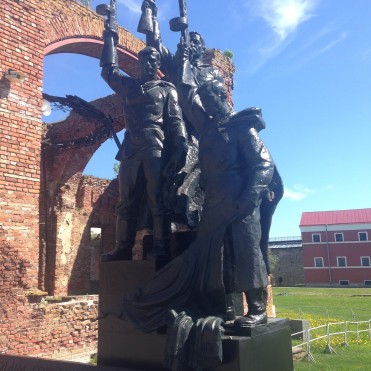 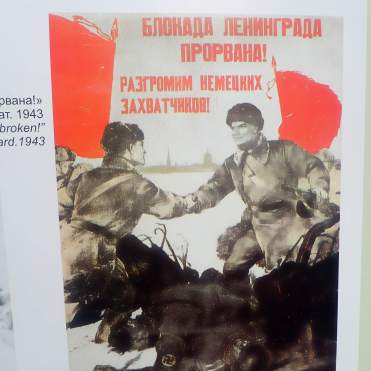 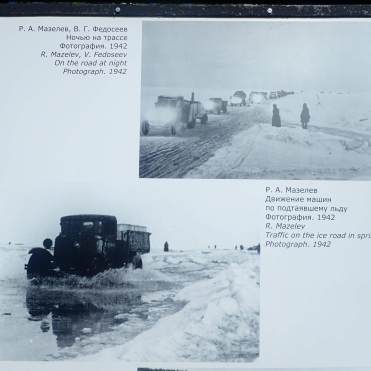 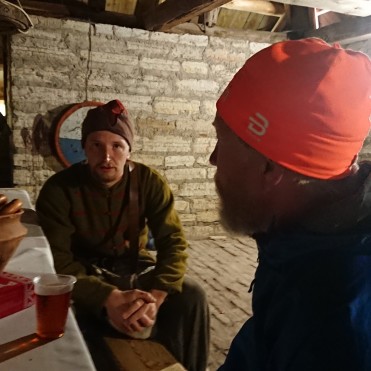 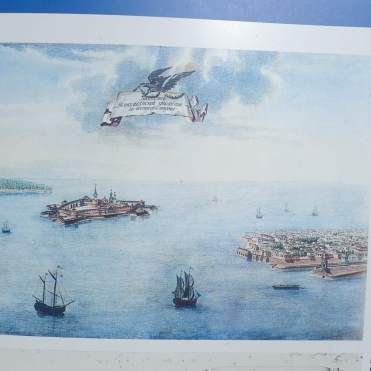 About 12 o’clock we paddled on, back across the Neva and into the Ladoga Canal. We could hear the waves break on the outside of the barriers, but on the inside it was flat water. As we left Shlissel’burg behind we paddled between wall of lush green.

We chose the Canal over Ladoga itself. Ladoga is infamous for its unpredictable winds and shifting weather, as well as its short wavelength breakers towards the southern shores. From the Oreshek fortress, we could verify that the bad reputation was well deserved. The first Ladoga Canal dates back to Peter the Great, built by Hannibal his Ethiopian General and nobleman, and great grandfather of Alexandr Pushkin. 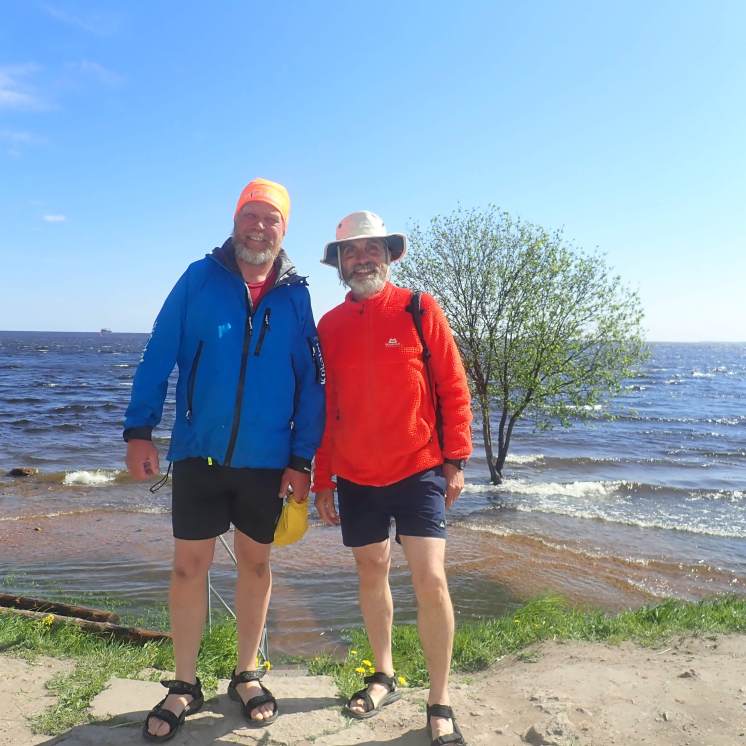 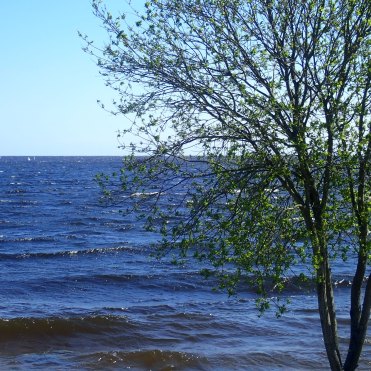 Today’s Canal follows a parallel route and can accommodate ships up to maybe 100 feet. At least it can easily accommodate two kayaks.

We had an uneventful paddle, until we started to look for a place to pitch the tent. First the places where it was easy to get the kayaks on shore, was often so densely strewn with litter as to be uninviting. Second, it was difficult to find even ground, at least we rejected a couple of sites on that basis. Third, we would like some wind to keep the mosquitoes away.

As we kept looking a couple approached in a small boat. A very limited conversation followed. They were Pavel and Nina. And we thought they might have tried to recommend to search for accommodation in Kobana, 7 km further along.

We double checked with Mr. Google, using Erling’s Sony Xperia which has survived in the pocket of his PFD for 84 days. Not bad.

We found a canalside hotel, and then we called to ask for a room. Erling used his extremely limited Russian and combined with similarly limited English on the other end, the issue was settled. The age of the smartphone!

We got in after a brisk paddle, and we managed to negotiate some food as well even though the restaurant was closed. Turned out they just made two more portions of what was being prepared for the staff. Perfect. 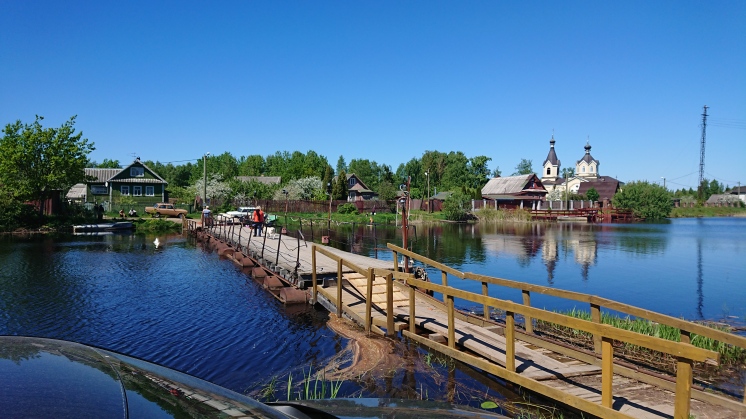 Tomorrow we will head toward Nova Ladoga, but it is too far and some lucky swarms of mosquitoes will have a feast. We hope to be inside the tent by sunset…