Where to start? Perhaps first the conclusion, then from the beginning.

Beginning: After a good night’s sleep at Gasthaus Kallioranta, coffee was served at 0800. Then morning sauna. The conversation flowed back and forth last evening and time flowed with it, so only the ladies took sauna last night. No problem, the guys get a morning sauna. Then a hearty breakfast cooked on a wooden stove. Then a quick sightseeing around Hamina. Then packing our stuff, including our laundry, which Virve had taken care of. Then Sergey from ENSI BUS showed up as agreed with our co passengers Jelena, Boris and Igor. Then Gasthaus Kallioranta served everyone coffee. Then the kayaks and our stuff was loaded onto the minibus. Then we bid goodbye to our hosts. 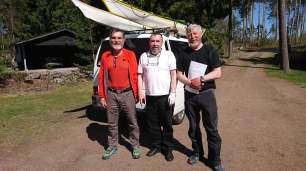 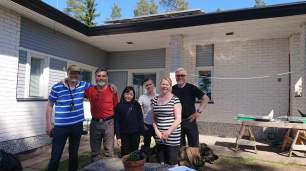 Jyrki gave us two words of wisdom on our way: First, in Russia you will meet some fantastic people! He told us they had been a bit skeptical about Russian guests when they first started their Gasthaus. By now they had been completely won over and were full of appreciation and respect for their Russian guests. Second, a slogan from Jyrki’s time in Austria, that he thought could serve as a motto for our Russian adventure: “Lassen wir uns uberraschen!”. Be open to be surprised!

Next we drove to the border. Finnish pass control. OK. Russian pass control: A bit more scrutiny but OK! Then Russian import control for the kayaks…… Not so easy. BUT: Two and a half hours later, filling in of four forms twice in English and two forms once in Russian (the latter describing what we were up to. Our driver Sergey wrote. Only he knows what we are officially up to…). After unloading and weighing, the kayaks with half our stuff spread out over the floor, then reloading. After fine points being made about kayak serial numbers. After Sergey negotiating with at least half a dozen officials. After Jelena, Boris and Igor suffering through all of this with heroic patience. After all of this and some more: We got the necessary stamps! We were in. The kayaks were in. And what is more, both we and the kayaks should be well placed to get out again in due time. 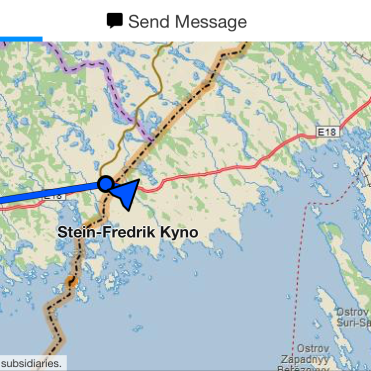 No doubt, Sergey is the man of the day. Closely followed by Alexey, we should hasten to add. Alexey is the harbor master of the Yacht Club where Sergey dropped us off and where our kayaks is stored. (Alexey is also a respected friend of Vladimir Ivankiv who is our main contact from here to Belomorsk.)

Basically we hit right on to Jyrki’s first piece of advice: You will meet some fantastic people. Alexey immediately made us top priority. Store kayaks here. The guard will keep them safe. Arrange guided tour tomorrow afternoon. Hotel. There is a hostel next to the shipyard. Hmmm. We admit to being skeptical. But it soon turned out that the hotels we were recommend to stay in as an alternative were all full. So the hostel it was. We needed a taxi. Turns out we did not need a taxi, Alexey drove us himself. In the car he had once driven all the way to Nordkapp.

The entrance of the hostel did not immediately dispel our skepticism. But after entering and Alexey explaining again about us to the staff, we realized we were at “Lassen wir uns uberraschen”. Two floors up, all nice and clean, a nice and clean if basic room with a bath. If the room is basic, the cost is even more basic.. 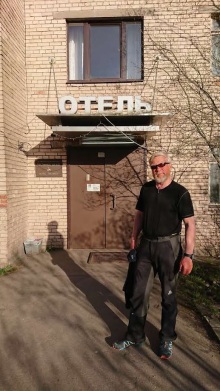 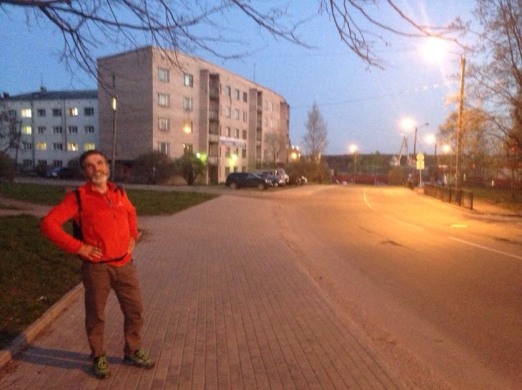 After checking in and unloading, we walked into town and found a restaurant for dinner. (Not your recommendation Jyrki, but we’ll look again tomorrow). 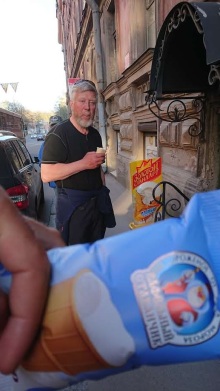 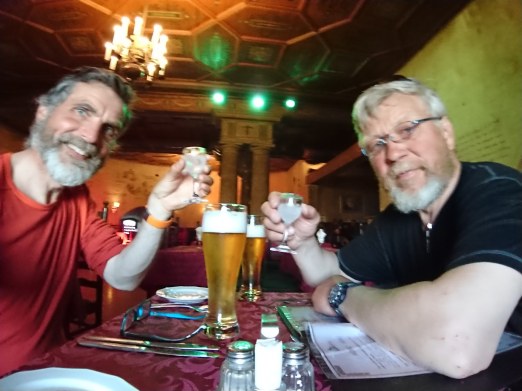 So our Russian adventure began. We have not paddled a millimeter, and a lot remains. Still a very good beginning of something that feels like a brand new adventure, even after what has been 69 quite adventurous days by our standards.

Our experience is that among the most important to bring on a trip like this is respect, gratitude and curiosity – to the best of our abilities. We’ll try our best here as well. Across language and culture boundaries. It will be a challenge. As in all adventures, we expect moments of despair as well as (hopefully) well placed exuberance.

All we can say for now is that in Russia generosity is not in short supply!