“Long did our big jib draw” as they might have said in New Foundland. This was a lucky day of flat water and tail winds and double-digit temperature. So on the fiftieth day we made more than fifty km for the first time (just…).

We pushed just a little, because tomorrow and the day after we can expect head winds, so we might make some shorter days.

We left Arkösund at 0900, after a very nice stay as the first and so far only guests at the hostel. We navigated out the channel we have been tipped about. This saved us some km. Due to the favorable weather we could cross straight to Oxelösund, which is dominated by a massive steel mill and a good harbor. In contrast to the idyllic summer houses on the islands just outside. 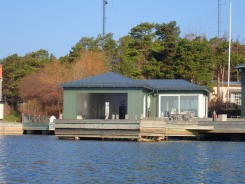 We were well rested and eager to minimize the distance we have to paddle in head winds, so we basically pushed on and made it three legs of about two and a half hours each. 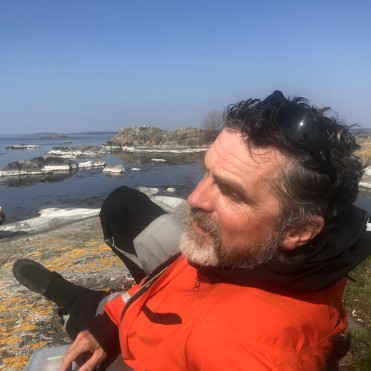 The ship fairway is very well marked. At one point, we counted 9 buoys and other markers within 100 meters. Probably there for good reason and based on experience, but still; Sweden is giving Singapore stiff competition for the title of the world’s most well-regulated country.

It was still so warm and sunny when we found a campsite at 1800, that we could dry, not just clothes, but also our (milky white) bodies that sorely needed change from the humidity in the dry suit (no pictures…). 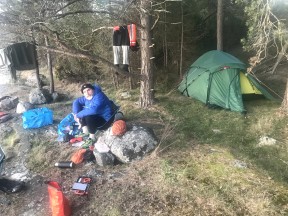 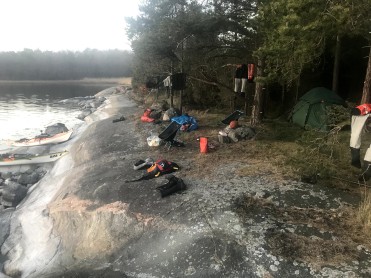 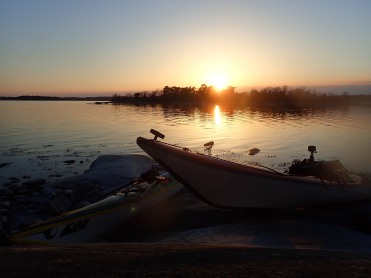 Three more days to Stockholm, where we will enjoy the hospitality of Gro and Enrique, in the middle of town just after Hammerbyslussan. Perfect. Weather Permitting.

Speaking of weather, we have started to check if we can get some favorable weather for crossing from Sweden to Åland. Next Friday looks OK. We’ll see. It’s thirty kilometers and we will not try in marginal conditions. We’ll rather take the ferry.